Approaching Yet Another Fall 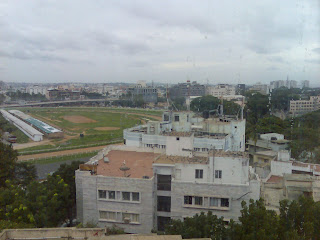 Suresh Hiremath, humble, self-effacing, always trying to please others, had been constantly tagging along me for a quite a while now. Of late, he’d started accompanying Vijay and me every evening to the city for my daily quota of drink and mughlai chicken. Although he too like Umesh had kept all the acquaintances under the impression that he was a teetotaler and a pure vegetarian, of late, if only to please me, he’d begun to drink a small peg of whisky and to partake in my plate of Mughlai chicken, though initially he took only the Sherwa or the gravy part only. What I liked in him most was that he was not secretive and exhibited no holier than thou attitude, like Umesh and his kind did, despite the fact that he belonged to the highest and priestly caste of the Lingayats. He was sitting in deep conversation with Vijay when I returned after talking to Umesh. He had joined us just before we entered the restaurant holding a polythene bag, declaring that he had made some purchase. As I sat opposite them asking Vijay if he had placed order for the drinks, Suresh gave me the bag, “Sir, this is for you.”

“What’s it?” I asked him as I opened it partially to reveal the contents- it was a T-shirt. “Why did you get it for me Suresh?” I asked with disapproval, as it felt like a bribe for whatever I had been doing for him. Receiving gifts always produced some kind of unease in me.

“I found it in the roadside stall sir, and I remembered you. It suits your fair complexion very well sir.”

It was a white t-shirt with dark blue stripes and felt like smooth wool when I touched it.

“Please don’t think otherwise sir, it is just that I felt like buying it for you,” Suresh tried to explain.

“Why didn’t you feel like buying one for me swami?” Vijay asked, just to tease him.

“It doesn’t suit you, Mama, it is meant for lookers like Harsha”

Instead of taking offense, Vijay said, “For once, you are right. But any type of dress suits Harsha”

“Those who have hair can have any hairstyle they like,” Suresh said in a lighter manner.

“Are you guys finished with your silly observations? If so we can call the waiter,”
I remarked feeling embarrassed.

“By the way, I saw Bhaskar and Mohan near bus stand,” Suresh informed.

“Well, it seems they have got together again, after a long time,” Vijay observed.

“Bhaskar can never leave Mohan alone, you know. He doesn’t have any existence apart from Mohan. It is a wonder that it took so long for him to catch up with Mohan,” I said trying to keep my voice normal. It was not palatable news to me. There had always been sort of cold war between Bhaskar and me for grabbing the affections of Mohan. Of late, however, Mohan had drifted away from both of us. Bhaskar could easily outdo me because he would not mind being Mohan’s sidekick or ‘chamcha’, which was detestable to me. But today, I was not bothered about either of them, for Kavya had filled every nook and corner of my mind.

Mohan and Bhaskar caught up with us later, at the city bus stand. “Hello brrrotherrs!,” Mohan hollered with deliberate slur. I knew he was never too drunk to slur and sway, but he liked to act like he was. Bhaskar hugged Vijay in a display of overflowing emotions, as though he was meeting the latter after a long, long time, which too was his way of showing that he was drunk. It seems so ridiculous, but those days we not only wanted to drink, but wanted to show off that we were proud to be drunk!

Mohan clasped my arm and said, “Brotherrr, still half an hour is there for the last bus. Let’s have one more drink!”

“Mohan, I have already had my dinner. I don’t drink after eating.”

“Nothing'll happen, man, at least to me. Won’t you buy me a drink? It’s been long since we drank together.”

“Yes, we’ll have it over the counter,” Bhaskar added.

We went to a liquor shop opposite bus stand leaving behind Vijay and Suresh, who wouldn’t come there for the fear of being recognized by someone. It didn’t take more than a few minutes to gulp down our drinks and lick the achar supplied free of charge. The whole thing felt cheap, standing amidst dhoti clad villagers, smelling of sweat. When we walked out, Mohan’s eye fell on a couple of women standing with their trademark baskets near the grill encircling the pavement round the corner.
Posted by Sanjay Shettennavar at 12:31 PM 30 comments:

The Beginning of Magic

All were looking at them now. “Who said she was not well, Harsha?” Mohan inhaled deeply, “She just wanted have your attention.”
“By creating a scene!” Vijay added sarcastically.
We remained silent till Nirupama and Vani approached us; while Vani kept going as though she had not noticed us, Nirupama came to Mohan who met her half way and talked to her under his breath. After exchanging only a couple of words he came to us and Nirupama joined Vani.
“She is perfectly alright, nothing to worry,” he announced.
“As expected,” Vijay rejoined, “Let’s get back to the hostel friends” he spoke my mind.
I let out a relief; all the same I was not actually totally relieved. I had to still find a pretext as to why I would not be Vani’s boyfriend. As we entered the botanical gardens through the turnstile, an idea came to my mind. The botanical gardens seemed darker than they always did, though it was only a couple of hours after mid day.
&*&*&*&*&*&*&*&*&*&*&
Posted by Sanjay Shettennavar at 6:16 PM 7 comments:

I am suddenly catapulted to the present as the waiter clears the plate deliberately making noise as if to remind me that I had already paid the bill and I must make space for others. I look around and find that there are still a very few customers. I call the waiter back and order another drink. He seems to be used to customers like me for he gives a bored expression trying to avoid looking at me and turns away to bring my order shouting something at a fellow waiter.
As I lift my cell phone to know the time, it starts ringing. I press answer and say ‘Harsha’ instead of ‘hello’.
“I know you are somewhere in Hubli. Aren’t you?” I hear the familiar voice of Pavan. How does he know that I am here? I am puzzled but regret that I cannot lie to him. He is sure to have called Bhaskar, who knew that Nirupama was coming to meet me. Bhaskar has always had this weakness of telling others that he is the securest repository of secrets but always letting all the secrets out, more often than not after adding sufficient masala of his own.
“Yes. I was about to call you. Are you free?”
“Always free for you. Where are you?”
I give him my location. “That’s very good. I am hardly half a kilometer from the hotel. Wait for me,” he says before disconnecting.
Yes, those were the three days that made me what I am today I almost say it aloud but feeling embarrassed I look around to see if anyone is watching me talk to myself. I find nobody is looking. Why anyone would care? I start brooding again. Not all the three days, but the moment when I exploded was what made me what I am today. Could it have been different? Only if I had refused to follow Mohan, only if I had a stronger will to say no, only if… It released the Satan in me, or did it? Greed, lust, wrath, ego, envy were all inherent in my personality, however suppressed by the veneer of values and culture they might have been. In fact I could find these very things in Mohan, Bhaskar, Pavan and a host other friends that I made during my stay on the campus, the only difference being I was more conscious of these qualities, or rather vices as I was wont to ascribe them. But I was still neither better nor more mature than the members of the group into which I was drawn, like a shred of straw is into the vortex of a typhoon.
The last night of the tour was the breaking point in my story, thereafter something changed so fundamentally deep inside me, that even today I am unable to comprehend what it was.
The waiter comes and places my drink on the table. I remember that Pavan is coming and I will have to drink with him too. So I must slow down. I decide against taking a swish and start looking at the entrance. He arrives on a bike, spots me immediately even before he parks it and waves enthusiastically at me. I try to remember how he looked during the campus days and find it too difficult. He must have gained at least a dozen kilos of weight, mostly in the form of fat deposited on his paunch that now protruded pushing his trousers down. He still wears dark glasses that used to be fashionable back then, but now he wears then only while riding his bike. He looks around the whole place before entering, like a college student entering a bar stealthily. It irritates me every time my friends do this, as if they were committing a crime entering the premises where liquor or non vegetarian food is served, though those they are trying to avoid would be in some other bar going through the same ritual!
I wanted to be left alone today but it was not to be so. Instead of coming straight to me, Pavan goes to the washroom. I know this too is a ritual with him. He would take at least quarter of an hour to have a leak, wash his hands thoroughly, then wash his face, wipe it clean with his handkerchief, neatly fold and keep it back in his trouser pocket and draw a comb… and so on!
Unable to resist the temptation to take a swig of my drink, I pour soda water into the whiskey and take a big sip. It indeed was my lowest point, I remember those moments when I lowered my guard and became what I am today…
Posted by Sanjay Shettennavar at 6:54 PM 3 comments: